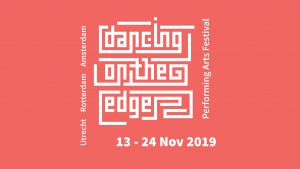 WHAT WAS ON THE PROGRAM?
This festival edition is conceived of as a journey through the programs, which take different artistic forms. A brief overview:

Interactive Installations
Alaa Minawi’s installation had been developed specifically for DOTE and forms a part of his project, 2048. It is an inquisitive installation, which invites each spectator to venture within themselves to search for a meaningful sense of belonging. The audience passed through it before attending the festival performances, to activate our bodies and an awareness of our personal point of departure. 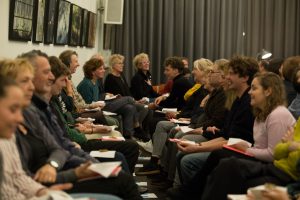 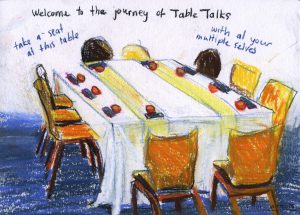 Brose through the festival catalog…